Background of the TB Control Programme in Greater Waikato 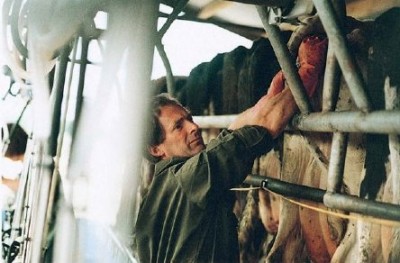 Many herds were on Movement Control because of Tb infection within the herd, and the breakdown rate for Tb infection, that is the rate of new infections, was also high. A major contributor to this level of infection was the large number of movements of cattle in and out of the area, and in particular heifers returning home as rising two year olds.

As the largest dairying district in New Zealand, containing about 20% of all cattle herds in New Zealand, something had to be done in an effort to control the spread of this serious disease in the Waikato.

The fight against Tb was intensified with the establishment of the Waikato Special Testing Area for Dairy Herds, and this resulted in important changes for farmers. Most significantly, annual testing (rather than three yearly testing) was introduced for all dairy cattle over two years of age, and all heifers returning home from grazing also had to be tested.

The effect of this new initiative on the rate of infection was far greater than anyone had envisaged. On 30th June 1996 there were 158 infected herds in the Waikato.

Today, 10 years on, there are only 3 infected cattle herds and one infected deer herd in the whole of the Waikato region. This is a tremendous achievement and a credit to the dedication and teamwork of the industry to take action and put checks in place.

The Heifers are Coming Home, What do I Need to Know?

The requirement to test all heifers returning to Waikato dairy herds still applies and should occur no more than 60 days before the heifers come home (or no later than 30 days after arrival on the home farm).
Graziers should be organising these tests by phoning the AHB Contact Centre on 0800 4 824 636 but it does pay to check that this has been done.

Also, remember testing for Tb is not so reliable on cattle in late pregnancy, so it is better to ensure that the testing is done prior to return rather than once home, when the heifers are likely to be close to calving.

It is recommended that cattle are not tested for Tb four to six weeks either side of calving. If your heifers do need testing once they are at home call the AHB Contact Centre, who will then contact your normal Tb testing technician and advise them that the tests need completing. You will then be phoned so that an appointment can be made for the testing to occur.

It is also very important that the heifers are accompanied by the correct paper work. All stock moving must have a completed Animal Status Declaration (also called the Tb card or ASD).

A new version of the ASD was introduced on 1 January 2006, and this must now be used. Booklets of the new ASD forms are available from the AHB – just phone the Freephone number to obtain one, or order on the AHB website.

Individual forms can also be downloaded from both the AHB and NZFSA websites: