There is a first time for everything, and for the New Zealand Grazing Company, securing winter grazing for 2000 cows is a dramatic departure from standard company practice. 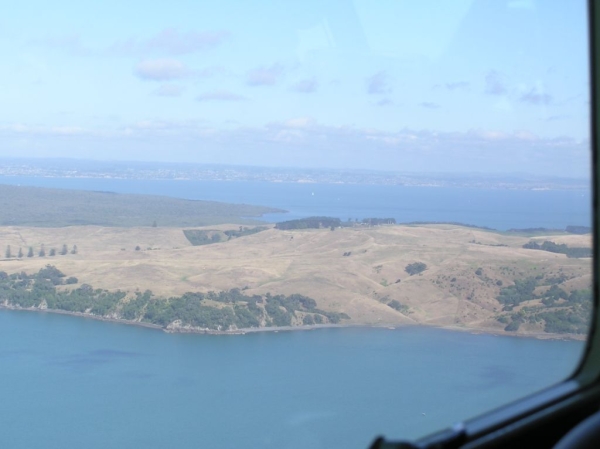 “Motutapu is summer dry – it really performs at its best in the winter,” explains Rick, who with an investing partner, successfully tendered for the lease of Motutapu in 1992.

“The soil temperature here rarely drops below seven degrees. We grow grass all year round, and it is through those autumn, winter and spring months, that the island really performs.

“We will graze the cows over a 10 week period from the beginning of May. The beauty of this, I guess, is that the dairy farmers concerned can take a good proportion of their herds off their properties in order to conserve feed for milking, while we look after their cows and add a condition score on them while they are with us!

“In terms of its location, we are handy to large pools of dairy cattle in the Hauraki Plains, Waikato and Northland.”

The economics of farming on Motutapu are to a large extent determined by numbers and this is a further attraction, says Rick. 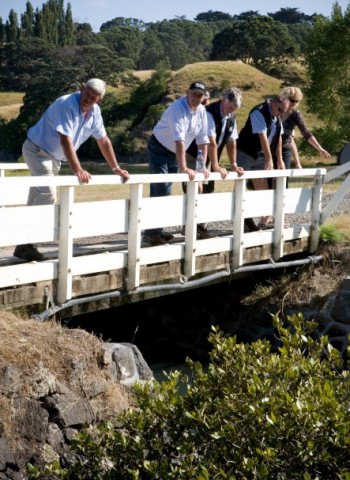 “It sounds idyllic, but actually farming an island is very complex. That stretch of water between us and the mainland causes all sorts of issues,” he explains.

“It means that with livestock we need to deal in really large numbers. I can’t supply local trade with lambs or cattle because I can ship only large barge loads which equate to 100 oxen or 1000 lambs at a time.

“We do not ‘free load’ livestock on the barge, as is the case with the more remote island farms, but rather keep them in the trucks which drive on to the barge at Half Moon Bay and off again at ‘Yankee Wharf’ on Rangitoto Island.

“One of the appeals of grazing dairy cows is that we are talking reasonable numbers. We can fill the barge up and bring out 200 cows at a time, which makes the arrangement economic.”

Of the 1509 hectares which comprise Motutapu, about 1200 are grazeable. Between 3500 and 4000 ewes are farmed, and lambs are bought in over winter. Around 10,000 lambs are finished on the island annually.

“We have built up a ewe flock which has developed good resistance to facial eczema. This in the past has been a major problem on the island,” says Rick.

“They’re a composite breed and we have lambing at around 150% per annum.

“We also buy in steers at 12-18 months of age and carry those through to slaughter. We finish 1000-1200 of those under contract each winter.

“With the current poor returns for wool and sheep meat, coupled with only average returns for beef, grazing dairy cattle, particularly with the upswing in dairying, looks an exciting prospect. There is also the possibility at a later date of grazing dairy heifers.” 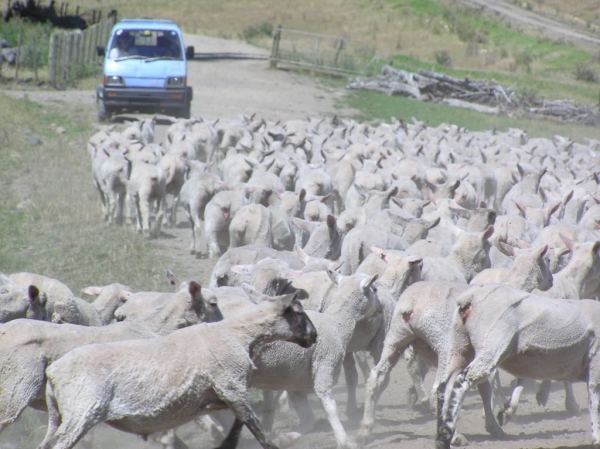 When Rick took over Motutapu in 1992, the island was generally in poor condition in terms of all of its improvements – water supply, fencing, and the quality of structures. It had been farmed by the Government since being compulsorily acquired for defence purposes in Word War 11. Then it was subsequently farmed by the Hauraki Park Trusts Board  and Lands and Survey, which became Landcorp and the Department of Conservation around 1990.

“There hadn’t been a lot of focus on the island. It had been neglected and the main issue which we had was a significant weed infestation,” recalls Rick.

“There were thistles and all types of weeds, but easily the worst of them was a thorny African weed called Apple of Sodom. It is a noxious weed and is not at all well known in New Zealand. It was also something which we really didn’t take enough notice of when we looked at tendering for the lease.

“In Australia it is noted as a noxious weed and is very poisonous to stock and anything which comes into contact with it. Apple of Sodom is not registered in New Zealand, because I believe that there is so little of it. It is on some of our coastal land and there is some around the top of the Coromandel.

“It is controllable, but it was let go to such an extent that we had probably half of the island with pretty heavy infestations.”

Eradicating Apple of Sodom over the last 16 years has cost around $1.7m.

“It has been a very frustrating and expensive exercise, but I am pleased with the progress we have made,” says Rick.

“It has taken us time to bring the pastures back into reasonable shape, and we have done this through a pasture renewal programme using brassicas crops, pasja, rape and kale, and then gone on to annual and biennial ryegrasses. This has allowed us to both improve our pasture quality and get on top of the weeds, thus enabling the use of cheaper chemicals such as Roundup. 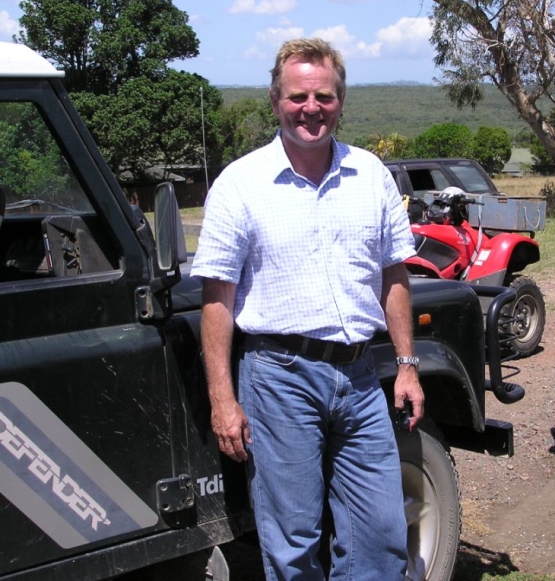 “As the island’s dynamics change there is a growing interest and awareness of its cultural and ecological background and the desire to restore and interpret the history of the island for current and future generations to understand and enjoy. This in turn has focused the spotlight on its suitability for public use for the likes of eco-tourism, walking tracks and sporting events.

“The work which has been done by the Motutapu Restoration Trust in conjunction with the farm and the Department of Conservation, coupled with a significant amount of volunteer labour for the likes of tree planting programmes, and financial support from many charitable organisations is reinvigorating the island.

“Motutapu is a multitude of things. There are overlapping histories of occupation  through 600 years of Maori occupation, pastoral farming since 1840 and the military occupation which began in the 1930’s and ended in the 1960’s.”

A great example of mixing the old with the new is the outdoor education camp situated in the old army barracks at Administration Bay. These facilities, recorded under the Historic Places Trust, have been restored and now cater for more than 10,000 school children annually.”

A trustee of the Motutapu Restoration Trust since its inception in 1993, Rick speaks passionately of the ecology of the island, and of the symbiotic relationship between the farm, ecology along with on-going conservation and development.

A farm park concept is seen as the goal.

“I’m passionate about farming in an environmentally sustainable manner,” he enthuses.

“The appeal to me of farming an island like this is to be able to demonstrate pastoral farming on a large scale while working in concert with those other practices. I think it is absolutely critical that whoever farms or whoever is involved in the pastoral aspect of the island needs to have empathy for the voluntary work being done by the likes of the Motutapu Trust and be prepared to work in with this. This also means working in conjunction with DOC.

“I think that we have gone a fair way toward where we want to go. I don’t think you will ever see the island intensively developed, particularly when there are alternative income streams to come from walking tracks, eco-tourism and other features of the island.”