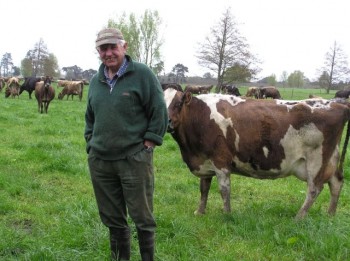 About five years ago, Gordonton dairy farmer,Russell Ballard was lamenting what he deemed pretty ordinary production from his well bred and well fed Jersey herd.

He raised the matter with his veterinarian who suggested that he should add meal to the cows’ diet. At a cost of $17,000 he installed meal feeders into his then 20-year-old, 22 bail rotary.

The result was dramatic – a 30% increase in production that season. A further 12% increase was recorded the following season.

“At that time, there was a lot of maize silage being fed by farmers, but I thought that feeding meal would be a darn sight cheaper and easier than putting in a feed pad and all the rest of it,” explained Russell.

“With feeding meal I would not be out in all types of weather. All I had to do was lift the phone, order some more meal and turn the switch on at the cowshed.”

“Comparative costs were not even a consideration, because if I chose to feed maize silage, I would have to buy a bigger tractor and all of the associated equipment.”

At the time, meal cost Russell around $700 per tonne, but this was to change. 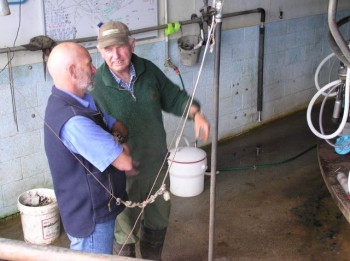 “Last year I paid $446 per tonne for pelletised meal, but this year I paid $250 a tonne for a mixture of palm kernel and copra. I would have fed the cows all palm kernel, but it doesn’t go through the feeding system very well,” he explained.

Russell has developed his own feed regime for his 190 cow herd. The copra and palm kernel is supplemented by molasses, and in addition, Availa 4 (containing zinc, manganese, copper and cobalt) is dosed through a dispenser. “The cows get 64 milligrams of Availa 4 per cow, per day,” he says. “Another benefit in using Availa 4 is that is eliminates footrot almost completely, especially after you have been feeding it to you cows for a couple of years. Apparently the zinc which it contains helps to harden their hooves. In the last two years I can recall only two cases of footrot in the herd.”

Russell is convinced of the cost-effectiveness of his supplementary feeding programme. ”The only way that you can determine that is to take the amount of money which you spend on the meal and divide it by the kilograms of milksolids, I did that exercise this last autumn and it cost me 9000 kg milksolids to provide the meal. If you deduct 9000 from the 69,000 kg milksolids which we currently produce, this brings it back to roughly 60,000 kg off 54 hectares, which is quite good.”

Now a lively 72-year-old, Russell concedes that he wasn’t always a Jersey man. About 16 years ago his son decided to go sharemilking, and Russell sold him his own Holstein-Friesian herd.

“Four years ago I decided to return to milking but suggested to my wife that it was time to get into something smaller than Holstein-Friesians – I was 60 at the time –and Jerseys are lighter to handle. Nor do they bellow at you all of the time, or create as much mud!” “I adapted very well to the change. Up until five years ago I milked them myself, but now I have a farm manager. I feed the calves; spend a couple of hours per day on farm maintenance and relief milk when the farm manager has time off.” 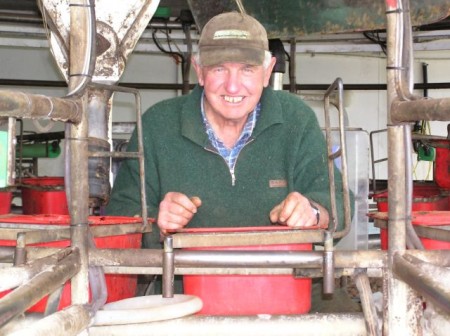 Russell’s association with the New Zealand Grazing Company dates back about six years to a time when he was milking by himself and had all of the heifers grazing on the home farm.

“I had heard that the New Zealand Grazing Company was pretty expensive, but I felt that seeing the company was doing all of the weighing and recording, it would save me having to monitor the yearling heifers myself. It’s much easier sitting in the lounge at night, going through the weights to see how the calves are progressing.”

“It’s a system which works well for me. Getting those printouts of weights every six or eight weeks gives me real peace of mind.”

“My calves go out with the New Zealand Grazing Company at 10 months on May 1, and graze with the company for 12 months. Last year I think that I sent off 45 and got back 43. This year I sent off 46.” “I am very happy with the New Zealand Grazing Company because of the service side of it. We have good conception rates, and the heifers come back at top weights. Mind you, I try to send out a good calf to start with, so that the company has a good product to build on.”