A Decade of Convenience is a Big Plus 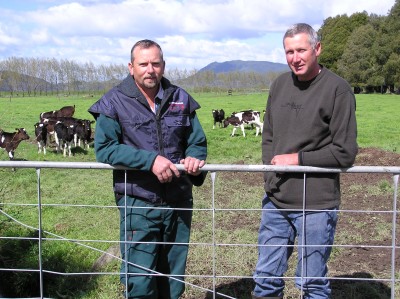 David and Kevin Firth make no secret of the fact that when it comes to dairy farming, they enjoy a challenge. The brothers, who farm in partnership with their wives, own a 180 hectare (effective) 560 cow property at Netherton, near Paeroa, and have recently expanded their dairy farming interests with the purchase of a 110 hectare dairy unit at Mamaku, near Rotorua. A 25% lower order sharemilker milks 320 cows on this property. “We are really enjoying the challenge of the Mamaku farm – it’s a new area, and requires a different farming style than our home property at Netherton,” says Kevin. “We visit the Mamaku property on average, about once a week, more because we want to than because we have to. However, at the same time, we don’t want to step back from that and let this one slip back either.” At one time, the Firth brothers sharemilked on the original 96 hectare family farm at Netherton. They bought the property in 1989 and four years ago, bought an 80 hectare farm across the road. While only two years old, their 20 aside farm dairy was doubled in size to 40 aside to accommodate the extra cow numbers. An underpass was constructed under the road to enable all 560 Holstein-Friesian cows to be milked in the one shed. The farm is flat, but features a range of soil types. The back part of the property (part of the original family farm) is Netherton clay, while the front part and across the road is pumice-based sandy loam. “Netherton clay is typical of clay soils,” explained Kevin. “It gets very wet in the winter and dry in the summer. It would certainly be nice to have the whole farm in sandy loam because it would be much easier to farm.” The cows are divided into two herds – mainly heifers, thin cows and younger cows in one, and better conditioned older cows in the other. Wherever possible the younger herd is given preferential feeding to bolster them along. One herd is generally run on one side of the road, and the other, on the other side. The farm’s best production is 208,000 kg milksolids. 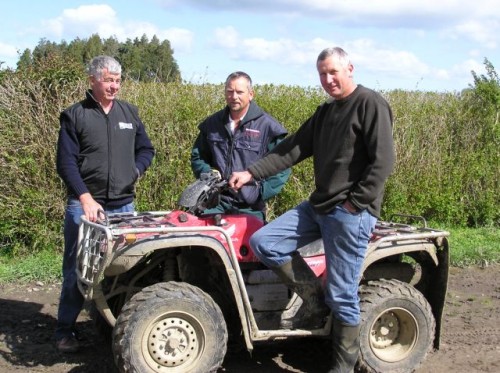 The Firth’s association with the New Zealand Grazing company traces back to about a decade ago, when they began to look at what options were available to them after some indifferent results with private graziers, as David explained:

“We found at times that we would get good grazing one year and while we might stick with the same grazier, the next season proved a difficult one, and the stock appeared to suffer. When you have invested a lot of money to get your heifers to their first calving, if they returned light and thin, then it is a waste of money.”

“We liked the idea of one phone call (to the New Zealand Grazing Company) which organised everything – cartage the lot.”

“We keep our weaners on the farm until April – it’s just the yearlings which go off to be returned in-calf, as rising two-year-olds. With the combined farm there would be about 140 yearlings grazed off.”

“Our relationship with the New Zealand Grazing Company – and sales and service manager, Graeme Heappey in particular – is based on trust. We have a very minimal input. Most years we don’t even go out to inspect the stock, and when the weight reports come out, we can contact Graeme if there is an issue.”

The convenience factor, says David, was a big plus for the New Zealand Grazing Company.

“That’s the other thing which appeals – grazing the yearlings off frees up our time. We essentially leave it to the New Zealand Grazing Company to do the job on our behalf,” he says.

“Our farm business consultant is always suggesting to us that we should be able to get grazing at a better price somewhere, and our reply is that we could, but the cost of grazing is only one aspect of the arrangement. It is really the results at the end of the day which count. If an animal is returned in good condition, calves really well and you are going to get a good lifetime of milking from her, then it makes paying 50 cents a week more or whatever it might be, well worth it.”

“One of the other things which the New Zealand Grazing Company have done very well relates to the whole management of grazing young stock – the target weights and how best to achieve these. It’s not just about poking in as much feed as possible at any time, but it’s ensuring that at critical times leading up to mating, etc., that the feed levels are right.”

“We have certainly found that over the last few years in particular, the in-calf rate has been very high with the heifers. With well grown heifers you should be expecting this anyway, but it’s not always the case.” 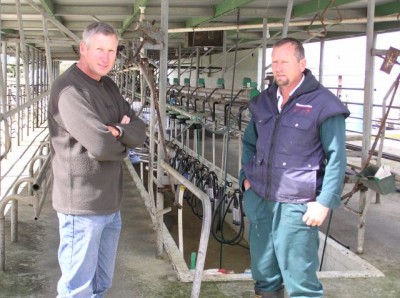 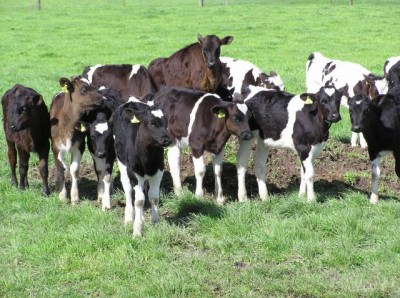